Frank is our new risk manager at Romero Insurance Brokers.

As we talk to Frank, and the conversation quickly moves off coffee, onto Guinness – how the Irish brew it better – and then to his start in insurance in Dublin. 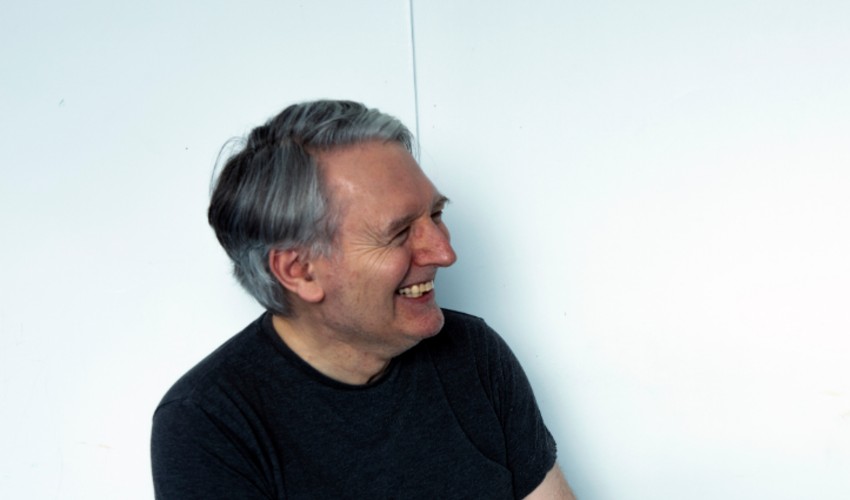 What is your job role?

Where were you before Romero?

I worked as a risk management site surveyor, working in risk consultancy.

How did you start out in insurance?

I started age 17 in Motor Insurance, before there were meerkats. When I was 24, in March 1989, I came over from Dublin to London and finished my ACII – only intending to stay for a couple of years, but they offered me a company car…

I liked London and lived in Twickenham then Croydon but we moved up to Yorkshire as the quality of life is better. It’s been 32 years and here I am.

What attracted you about Romero?

Before, I would work with a lot of underwriters, and after a few surveys I got to know some of them quite well. Underwriters spoke well of Romero and I also met Ian Grasby and Lee Paszko. Simon Mabb phoned me and I liked the sound of the company.

What are the elements of your job you enjoy which others wouldn’t necessarily know about?

I missed coming into the office regularly. Working from home I felt too remote and I wanted to come into the office to work alongside a team. I also enjoy meeting customers, so I like striking the balance between working in office and working outside.

What do you find challenging about insurance?

Well, I’ve never worked in a brokers. But I’ve worked in risk and in underwriting; it’s a new and exciting challenge.

I feel there needs to be a better understanding from everybody involved. Insurers don’t know what it’s like for brokers and brokers don’t know what it’s like for underwriters. In an ideal world, insurers would do a secondment for 6 months on the side of the broker and brokers in insurance, then everyone would receive a better perspective and understanding.

What biscuit would you be and why?

Fig roll. Tough on the outside, soft on the inside and very tasty.

What motivates you and drives you to succeed?

What was the last movie you paid to see?

The new Tarantino movie, what was it? Once upon a time in Hollywood. Brilliant. I’d not seen a Tarantino before; I loved the use of colour.

What was your first job and how old were you?

I’m not sure you should put this: I was 14 and worked during the summer weekends as a lounge boy in Dublin. A lounge boy provides table service in a bar and would take the money and bring the drinks, and we’d also receive tips. I was paid 50 pence an hour, this was in 1979 mind you.

In 1992, a pipe burst in my house and it destroyed my vinyl collection. All completely gone. I lost Blondie Heart of Glass, Phil Lynott Yellow Pearl (the top of the pops theme), and others like Frankie Goes to Hollywood’s Two Tribes. I was devastated, they were 12” singles which gave the highest quality of sound. After 1992, they pushed us onto CD but it was never the same. I’d imagine they’d be worth quite a bit now.

If you could go back to the past and visit a period of time, which period would it be and why?

I enjoyed growing up in the 1980s. It was an interesting time politically. I’m very into my modern military history and it was the time of the Cold War. In November 1983 there was almost nuclear war because of a NATO exercise called Able Archer so I’d like to go back and tell them to behave themselves.

Sum yourself up in 5 words.

Versatile. Reliable. Dependable. Adaptive, and something that that shows I’m not too serious, Relaxed.

Do you play an instrument?

I love watching the World Cup. You won’t believe my favourite team. In my house, in the small bedroom, I have all four walls decorated with the Brasil 1982 world cup team. Socrates, Zico, Falcao. My son calls it the shrine. Their match with Italy was the greatest World Cup game ever. I am known to wear a serge fabric 1986 Brasil shirt (no 10 Zico) when the World Cup is on – it’s seen better days.

Cars. Old cars. I haven’t owned any classics; they are just too hard to maintain. I used to have a Cavalier Mark III. And fruit gums.

What was your favourite tv show 20 years ago?

Are you a big gardener?

I hate gardening. There’s a lot to be said for tarmacadam.

What’s your claim to fame?

I went to the same infant school as Bono (Paul Hewson) from U2. He was 2 years ahead of me. He’s a mega-rich rock star, but is he happy?

What’s something you can’t stand?

Book – Spycatcher by Peter Wright about his time in MI5

Song – The sun goes down by Thin Lizzy

We asked Frank to be frank, and he certainly delivered. His extensive knowledge of risk management is only matched by his love of Brazilian football.

If you catch Romero’s Socrates in the office, he’ll be more than happy to reminisce with you about the 1980s.

He’s excited to move forward with Romero Insurance Brokers, help change the world of insurance, and catch up on Tarantino’s finest.

Back To All News
Next Story: My First 100 Days at Romero: Patrick Sheerin
Previous Story: Can companies force employees to get vaccinated?