How Does The Highway Code Change Affect Me?

What do transport changes mean for insurance?

A new version of the Highway Code is currently being considered by Parliament, with an expectation that it will come into force in Autumn 2021.

This update will introduce a number of changes designed to promote cycling and walking, as well as to ensure that drivers of more dangerous modes of transport understand that they may have a greater responsibility to other road users and pedestrians. 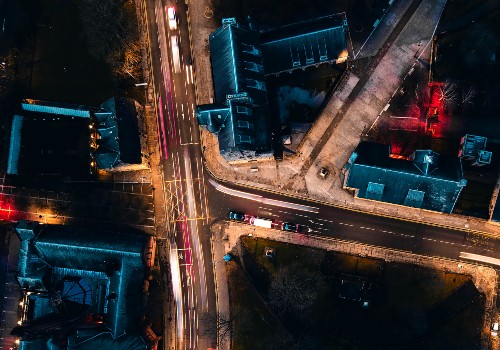 What are the main changes to the highway code?

Whilst these developments would appear positive in promoting safety for pedestrians and cyclists, it is important to remember that the proposed changes will not seek to undermine the basic principles of liability or the Road Traffic Act.

As has been known by motor claims handlers for some time, a breach of the Highway Code does not automatically lead to liability attaching to that party – consider, for example, a drunk driver who is hit whilst stationary at traffic lights. Despite being an illegal activity (ie. being intoxicated behind the wheel of a motor vehicle), the breach of the law and the Highway Code is not the proximate cause of the incident – as such the drunk driver would not be held ‘liable’ for the accident (regardless of whether the police decided to prosecute them). Equally, the fact that the Highway Code has not been breached is not in itself reason to absolve a driver from liability.

Despite the above, there are nonetheless concerns that the new hierarchy for road users could lead to a ‘presumed liability’ for drivers when involved in accidents with cyclists or pedestrians. In effect, this principle has already been in place for some time under the concept of ‘causative potency’ (ie. a big vehicle is going to do more damage than a cyclist), but the new codification of an effective ranking of road users could mean that this new convention becomes the de facto template for the understanding and assessment of liability in traffic accidents. Those of us who have visited certain European countries will be aware how a pecking-order can swiftly become established between different types of road user and, whilst this clearly has positive aspects for both carbon emissions and safety, there remains a concern that the new hierarchy could give rise to car, van and lorry drivers being tarred with responsibility for accidents just by virtue of the vehicle they are driving.

Clearly this issue could be compounded by cyclists and pedestrians concluding that they have automatic priority over other forms of transport, a situation that may be further exacerbated by the increased prevalence of e-scooters and other new technologies on our roads and pavements.

In an effort to counteract any unforeseen problems introduced by the new Code, the government will shortly be launching an awareness-raising campaign consisting of messages aimed at behaviour change for both motorists and vulnerable road users. Clearly we will be monitoring developments closely, especially in terms of any potential changes in insurer attitudes to road traffic accidents.

Needless to say, we hope that the new Highway Code brings its desired positive effects without manifestly undermining the established principles of motor liability.

Find out here more information on Romero Insurance Brokers or on our insurance policies:

The changes made as of today refer to guidance on smart motorways. A total of 33 existing rules will be amended and two new rules introduced, with a number of amendments made to the additional information annexes.

Over the coming months we anticipate some further changes to the Highway Code; we will keep you informed of these over social media or on our blog posts. Or see GOV.UK for more information.

Back To All News
Next Story: Romero Announces Seventh UK Office in Harrogate
Previous Story: The Career Pathway at The Romero Group